Vinyl release of new single from Steven Wilson featuring a couple of exclusive remixes, EMINENT SLEAZE is a wholly unethical life lesson strapped to a piece of grimy, low-slung funk, and as much a departure from Steven’s previous records as its immediate predecessor.

A limited edition 12” of EMINENT SLEAZE will be released as part of this year’s Record Store Day. It will be available in participating #RSD20 shops both in person and online as part of this year’s third and final RSD20 drop on October 24th. The 12” vinyl features exclusive tracks recorded during the album sessions EYEWITNESS and IN FLORAL GREEN. 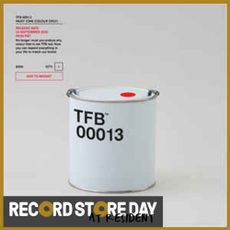