Touring in support of the classic LP, 'Daydream Nation', Thurston, Kim & the gang rolled into Austin's legendary Liberty Lunch club for what would turn out to be one of the most highly regarded live dates in the group's history.

With a tracklist that drew heavily on their most admired LP, 'Live At Liberty Lunch' captures the touring SY at their noisiest and gnarliest, proving once and for all that they were the most important art-rock group of the '80s and beyond. 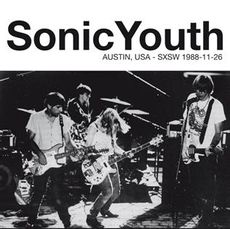