Every good egg deserves Mudhoney, more like! This classic somehow still sounds as fresh as it did way back when.

By going back to basics with Every Good Boy Deserves Fudge, Mudhoney flipped conventional wisdom. Not for the first time – or the last – they would be vindicated. A month after release in July 1991, the album entered the UK album chart at Number 34 (five weeks later, Nirvana’s Nevermind entered at 36) and went on to sell 75,000 copies worldwide. A more meaningful measure of success, however, lay in its revitalisation of the band, casting a touchstone for the future. The record is a major chapter in Mudhoney’s ongoing story, the moral of which has to be: when in doubt, fudge it. The album began at Music Source Studio, a large space equipped with a 24-track mixing board - downright futuristic, compared to the 8-track setup that birthed the band’s catalytic 1988 debut, “Touch Me I’m Sick.” The Music Source session quickly turned into a false start when the results, in guitarist Steve Turner’s words, “sounded a little too fancy, too clean.” Lesson learned, the band went primitive and got to work at Conrad Uno’s 8-track setup at Egg Studio. Named after the cartons pasted on the walls in an optimistic attempt at sound-proofing, Egg boasted a ’60s vintage 8-track Spectra Sonics recording console, originally built for Stax in Memphis. So it was that, in the spring of 1991, Mudhoney made Every Good Boy Deserves Fudge. The resulting album is a whirlwind of the band’s influences at the time: the fierce ‘60s garage rock of their Pacific Northwest predecessors The Sonics and The Lollipop Shoppe, the gnashing post-hardcore of Drunks With Guns, the heavy guitar moods of Neil Young, the lysergic workouts of Spacemen 3 and Hawkwind, the gloomy existentialism of Zounds, and the satirical ferocity of ‘80s hardcore punk. The quartet’s special alchemy meant these fond homages never slid into pastiche. Ultimately, Every Good Boy Deserves Fudge epitomised the best of Mudhoney: here was a band reconnecting with its purest instincts, and in the process reinventing itself. This 30th anniversary edition, remastered by Bob Weston at Chicago Mastering Service, stands as testimony to the creative surge that drove them in this period. The album sessions yielded a clutch of material that would subsequently appear on B-sides, compilations, and split-singles. This edition includes all those tracks, and a slew of previously unreleased songs, including the entire five-track Music Source session. 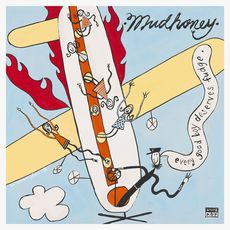 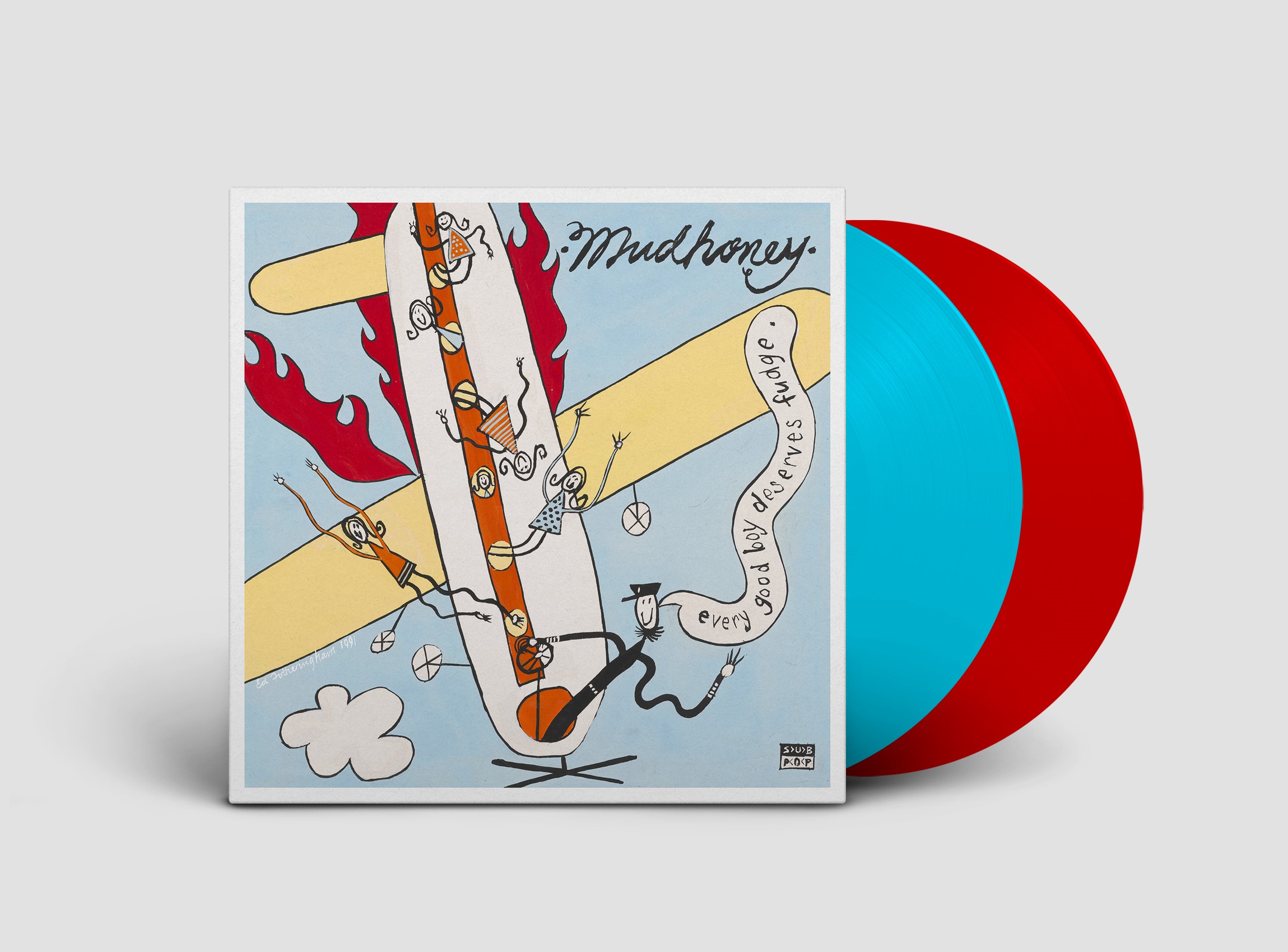