House of Lull . House of When


The confrontational solo debut from the frontman of previous AOTW winners, Daughters, is both as exciting & terrifying as you feared it could be.

“I’ve always felt like more of a performer than a writer,” Alexis Marshall says when asked about the impetus behind his first solo album. “In the past I lacked confidence to guide the creative process, but now I just wanted to be entirely in control of something.” Marshall is best known as the frontman for Rhode Island’s notorious provocateurs Daughters, whose eight-year hiatus between their posthumous self-titled album and the critically acclaimed comeback album You Won’t Get What You Want found the ever-evolving band explode from down-and-out cult heroes to one of the biggest bands in the nebulous territory where abrasive noise rock fuses with high-art aspirations. Whereas most music built around dissonance and tension feels like a cautious flirtation with nihilism or an excursion of role-playing the villain, Marshall’s loathsome oratory and self-flagellating performances always conveyed a sense of true emotional gravity and danger. For his debut album, he wanted to push that sense of chaos even further, by crafting an album around moments of spontaneity and sonic detritus, where a mistake could become a hook or the whip of a chain could become a beat. “I’ve never been interested in perfection because I’ve never even felt close to being able to achieve it. I wanted this record to be a living, breathing entity, flaws and all” Marshall explains of the writing and recording process for the album. Soliciting help from his childhood compatriot Jon Syverson (Daughters), musical colleague Kristin Hayter (Lingua Ignota), and former tour-mate Evan Patterson (Jaye Jayle, Young Widows), Marshall and the band convened at Machines with Magnets studio in Pawtucket, Rhode Island with producer/engineer Seth Manchester. The strategy was to embrace new sounds, employ the element of chance, and capture the creative process in a song format. Drums were the first priority, so Manchester led Marshall into the basement of the studio to cobble a kit together out of various bits of broken drum parts and construction materials. A marching drum became the kick. Scrap metal served as the cymbals. It was as if the team was attempting to make music from literal scratch. As the team assembled their collages of scrapyard percussion, no-wave guitar abrasion, and piano dirges, Marshall threaded together his poetic diatribes and acidic litanies from stream of consciousness exercises. Age has not tempered his vitriol. As a man that delved deep into self-destructive behavior in his twenties, it’s a small miracle he crossed the threshold into his forties earlier this year. With his recent introduction to fatherhood came a new perspective on youth, and the conflict between nostalgia for lost innocence and disdain for naivety became a focal point on the album. Alexis Marshall has never been one to color within the lines but given free rein to paint his picture as he pleases, he produced the most bold and exciting work of his career. UK/EU publicity handled by Lauren Barley at Rarely Unable. 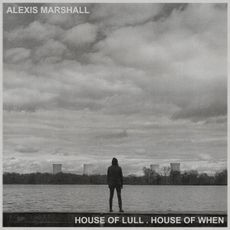