.. the psychedelic revolution also reached this small country from Central America in the 60s, resulting in the formation of many teen garage bands. Until now, little was known about this amazing local music scene that took place in the late 60s and early 70s... a true musical revolution. Due to the lack of resources, musicians often had to build their own fuzz and effects pedals and in studio recordings, primitive tape experimentation and echo were often used... the result was a very unique sound, 100% raw & wild. Hear tremendous fuzzed-out covers of Doors, Blue Cheer, Country Joe & The Fish or Alan Bown along with cool self-penned songs. All tracks taken from very hard to find 45s, most of them unknown outside of El Salvador until now. Feat: Kiriaps, Los Saltos, San Miguel, Los Vikings, Los Rebeldes, Los Junior’s, Los Intocables… Includes color insert with detailed liner notes in English/Spanish and cool photos. 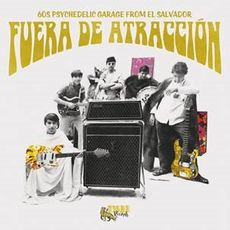