Reissue on vinyl of the second collaboration album between PJ Harvey and John Parish – A Woman A Man Walked By.

Produced by Parish and Harvey, and originally released in March 2009, A Woman A Man Walked By features the single ‘Black Hearted Love’. Reissue is faithful to the original recording with vinyl cutting by Jason Mitchell at Loud Mastering, overseen by John Parish. 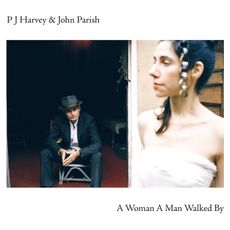