The recordings on this album were made in Texas prison farms in July 1964.

Bruce Jackson had gone there in the hope of recording black convict worksongs, a tradition that derived from slavery and, before that, was imported from Africa. Many of the prisons in Texas, Mississippi and Louisiana, where such songs had been sung, had been built on the sites of slaverytime plantations. It was as if the owners changed but not much else.  Bruce found far more than worksongs. Prison is a place where people live: when they go there, they bring with them pieces of free world culture, just as someone migrating from one country to another brings cultural knowledge and practice to the new home. In addition to the worksongs he heard spirituals, blues, toasts (recited poems) and much more. In this album he tries to give a sense of that range of material.  This iconic album has now been re-mastered and features original artwork in full.  LP Includes 22-page lyric book and digital download code for complete album. 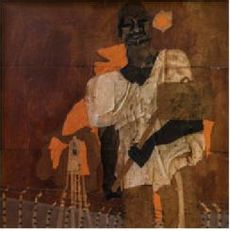