He grew up in Harlem and was surrounded by a lot of great musicians. Those influences shine through on Hicks’ debut album, ‘Harlem’, which is an 11-song salute to those roots mixed with Hicks’ own distinctive style. Produced by multiple Grammy Award winner Kirk Yano (Miles Davis, Public Enemy, Mariah Carey), the album showcases Hicks as a writer, player and interpreter. 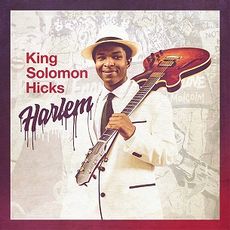