What if, for just a day, we could both be pigeons? Sometimes one moment in time can take on such an important significance that it becomes an endless world unto itself and everything outside of that moment, past and future spots in time, become the folklore of that world.

What if we could both fly over the Királyi Palota and see it just as these pigeons do? A beautiful culture of dissimilar angles as donkey angels above this city. But even in the world of the infinite moment, we cannot choose the feather of our bird and the pigeon may long to be the goose, the donkey the pigeon and so on. Furthermore as our world blossoms out of this single tick in time, it is for one pigeon a swirling romantic flood of euphoric possibility and fascination, for the other an inferior life of shitting on everyone from the sky, awkward and ashamed, resigning themselves to be the wretched nuisance they are painted as by those they shit on. Ultimately, as quickly as our world blooms, our world is discordant, and our pigeons are wounded, and as our world dies, we die, and we are extinct. If only we could kill ourselves over and over until we get it right. So just as an entire genre of music can be born out of one sped up ten second breakbeat, a full symphony orchestra can come together in harmonic unison to create that perfect moment in time, thus every moment can give birth to an entirely new world, and every world can house the perfect moment, and just as that breakbeat may be broken beyond any recognition, that orchestra may combine to bring forth a dissonant barrage of colossal sorrow, and so the moment disintegrates it's world and that world suffocates the moment under it's collapse. 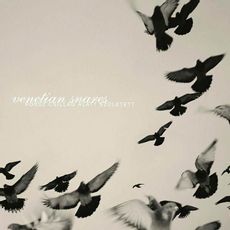