Shine A Light On Me Brother


Robert Jon & The Wreck are back and ready to tear up the UK and Europe all over again with their new record, Shine A Light On Me Brother.

The impressive new album, written and recorded during the COVID pandemic, and self-produced by Robert Jon & The Wreck, is set to release 3 September, 2021. Robert Jon & The Wreck is comprised of Robert Jon Burrison (lead vocals and guitar), Andrew Espantman (drums and background vocals), Steve Maggiora (keyboards and background vocals), Henry James (lead guitar and background vocals), and Warren Murrel(bass and background vocals). They will take the new album on tour in September/October 2021 AND February/April/May/June/July 2022. Robert Jon & The Wreck has been writing songs and releasing albums since the band's conception in 2011. During this time, this quintet of follicular proficient gentlemen has been busy fine-tuning their sound playing to packed houses across Europe and the United States. The band has been received with accolades and raving reviews for years now, from nominations of "Best Rock" and "Best Blues" and winning the title of "Best Live Band" at the Orange County Music Awards in 2013, to numerous top 10 chart placement on Southern Rock Brazil's Top 20 Albums to being praised as "Classic and fresh at the same time" by Rock The Best Music, "Rais[ing] the bar for the Southern genre" by Blues Rock Review, and "keeping the history of classic 60's and 70's rock alive for newer generations" by Blues legend Joe Bonamassa. "A classy re-bore of well-trodden southern rock tropes by an Orange County quintet with impeccably realised contemporary commerciality. Born of Allmans and Skynyrd, but box fresh for 2000." – Classic Rock Magazine "Full of Eagles like guitar riffs and on infectious groove." – Blues in Britain 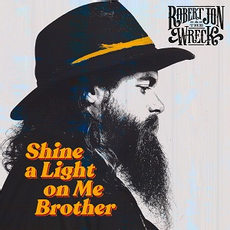