It features completely reworked version of classic T. Rex Tracks ‘Jitterbug Love’, ‘Get it On’, ‘Sunken Rags’, and the never released in Marc’s lifetime ‘Sailors of the highway’. Aside from some self-released gospel recordings Pat Hall never released anything again. This album remains the sole released recordings of this extraordinary singer. 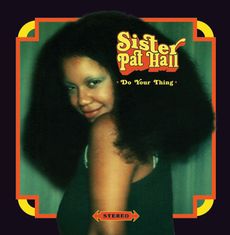