Taking inspiration from such disparate genres as free-jazz, bluegrass and krautrock the Laughing Clowns would polarise opinion in much the same manner as John Lydon did with his post-Sex Pistols outfit PiL.

In reality, though, the Laughing Clowns were the logical extension of The Saints continuing the musical themes already explored on The Saints second and in particular, third album, Prehistoric Sounds. “People always misinterpreted what we were doing [in Laughing Clowns]. There were too many references to jazz. We weren’t a jazz band. I think people got fixated on some of the dissonant and atonal stuff more then ever was my intention. That stuff was easy. I know how to make something sound atonal really easily. What I want is for something really beautiful to come out of it.” - Ed Kuepper "This group in my opinion were one of the most important rock groups of the last 30 years” - Julian Cope (2006) 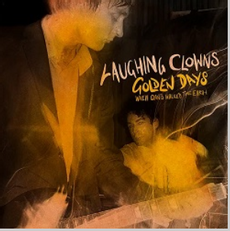