THE MAN WITH THE MOVIE CAMERA

"The Man with the Movie Camera," directed by Dziga Vertov and edited by his wife Elizaveta Svilova, is a documentary with no specific cast or narrative. In the film, a man carries out his day in the city as a member of the proud proletariat, capturing invention and the relationship between man and machine in Lenin's Soviet Union. 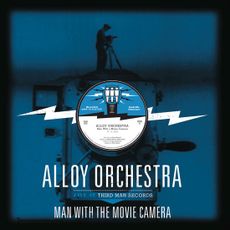