influenced by John Carpenter, John Paul Jones’ ‘Four Minute Warning’ & Tony Conrad’s ‘The Pyre of Angus Was In Kathmandu’, the music pulses with the tension & potential terror of war-torn Belfast streets in 1971.

Inspired by a number of conversations between director Yann Demange & music producer David Holmes, the majority of '’71'’s score was created before the film was shot. Yann likes to shoot with music already written - an idea that resonates with the collaborative work of Sergio Leone & Ennio Morricone. With reference to CAN’s soundtrack work, in which only Irmin Schmidt would have seen the film, David would describe the emotion, tone & atmosphere of the scene with the other band members before recording & then editing to picture after. 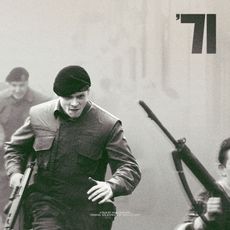