Composer Botkin is no slouch in the recording world, arranging for Bobby Darin, Harry Nilsson, & Barbra Streisand. His score is both chaotic & tragic; crashing sounds of distorted percussion are punctuated by both synth & acoustic piano, reflecting the sheer damage that has been done to Billy’s mind. The end result is both emotional & terrifying, even more so with the selection of original Christmas songs as composed by Morgan Ames that are spread amongst the film’s soundtrack. But a word of caution: If you don’t have ‘SILENT NIGHT DEADLY NIGHT’ on the turntable this Christmas we’ll have to tell Billy that you’ve been… naughty. Consider yourselves warned. 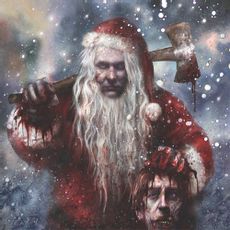