the score from George A.

Romero's MARTIN, once named "one of the top 100 coolest soundtracks of all time" by MOJO Magazine, will be available on vinyl for the first time since its original release in 1978. "Donald Rubinstein contributes a haunting, melancholy score punctuated with sudden, passionate riffs. It is the perfect accompaniment to this tale of lost souls in a barren, nearly post-apocalyptic environment." - Roy Frumkes, producer of Street Trash and director of Document of the Dead. Featuring brand new original artwork from Brandon Schaefer, and exclusive liner notes from composer Donald Rubinstein and star John Amplas, this release will be limited to 2,000 copies on vinyl The LP soundtrack to George A. Romero's MARTIN has been a highly sought-after collector's piece for many years, and now - thanks to Ship to Shore PhonoCo - it is finally available again. It's not only a must-have for fans of Romero, but also connoisseurs of film scores in general. 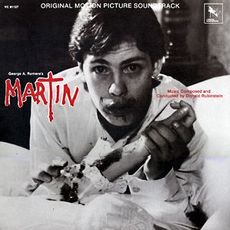