the former yes guitarist's score for boaz yankin's 2015 film leaps from gentle and lilting to atmospheric and emotionally powerful in this film about a military working dog's return from service in afghanistan.

Rabin's prolific career as a film composer (which started out after a chance guitar lesson given to Steven Seagal) includes scores for Con Air, Homegrown, Armageddon, and many more. 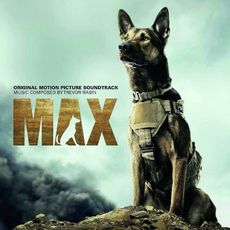