mondo are back with one of the most iconic soundtracks of all time.

despite being early on in james horner's hollywood career, it was instantly catapulted to cult fame thanks to his cleaver use of musical motifs and references to both the original alien (1979) movie and kubrick's classic 2001: a space odyssey to tremendous effect. It ended up being nominated for an academy award and cementing the career of horner, who went on to score braveheart, apollo 13 and titanic amongst others, earning numerous awards and accolades on the way. 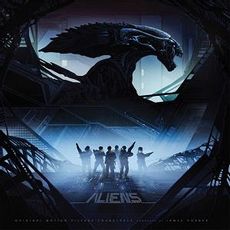