the Man With The Iron Fists is the soundtrack to the 2012 American film of the same name.

The soundtrack is a fantastic mix between hip hop, neo-soul, rock and R&B. Different members of the Wu-Tang Clan such as Ghostface Killah, U-God, Method Man and RZA features on the album. Other artists includes The Black Keys, BADBADNOTGOOD, Kanye West and Pusha T. The film is directed by Wu-Tang Clan member RZA and with his musical knowledge he combined songs which runs parallel to the movie’s story. They go hand-in-hand with their very similar wavelength. The 2012 American martial arts film The Man With The Iron Fists is the directorial debut by the de facto leader RZA of the Wu-Tang Clan. Together with director Eli Roth he created a story about a series of lone warriors in 19th century China. 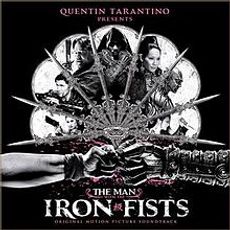