composed and performed by SQURL - the band Jarmusch and producer Carter Logan founded in 2009 - this is the culmination of their passion for analogue synths, with guitar violence reverberating from the darker corners of Americana.

It is at once a tribute to the classic sounds of horror and sci-fi, as well as a decapitation of traditional film scores. It is naturally supernatural. The inspiration for SQÜRL’s score for The Dead Don’t Die came from some of the most iconic soundtracks of the past half-century of genre cinema — Tangerine Dream’s ‘Sorcerer’, Bebe and Louis Barron’s ‘Forbidden Planet’, Ennio Morricone’s ‘The Thing’ and ‘Once Upon a Time in the West’, Goblin’s ‘Dawn of the Dead’, and all things John Carpenter. 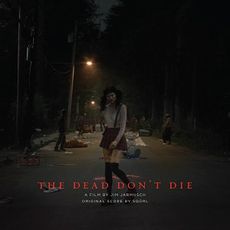