the roots of dubstep

‘the roots of dubstep’ is a new album, utilising old technology, with 4 old songs, updated using new technology. 40 years ago, king tubby was experimenting with audio technology (1/2 inch ampex machines), & customised mci desks, tape echoes & spring reverbs. this led to a new era of music, dub, & for the first time the creator was from behind the desk. amongst the first generation of this musical form was, lee perry, errol thompson, king jammy. they inspired the next generation like scientist & mad professor. a hat-tip to the form that inspired the basis of modern dance music. 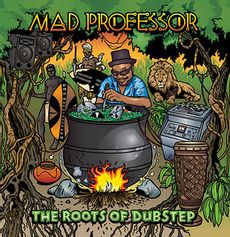