songs from the royal throne room


the rastafarian roots reggae singer brings a majestic touch to the songs he sings, which are deeply infused with his beliefs.

with a sense of reverence that only a solemn, pious man as prince alla could put into song, this collection centres on tracks recorded at lee perry’s black ark studio. having spent his early days living in rasta camps & working as a singer for joe gibbs, it was at greenwich farm that prince alla (born keith blake) crossed paths with tapper zukie who was so blown away by alla’s songs he initiated the recording sessions. this release compiles those songs & their extended versions alongside 3 classic extra cuts, ‘hail rastafari’, ‘black roses’ & the sublime ‘royal throne room’. 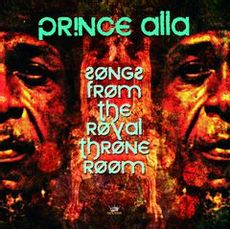