Vocals come in the form of the standard dub production fragments ('Curly Dub') & occasional Rasta philosophizing ('Who You Gonna Run To' 'When Jah Come'). The most striking moment is 'Tighten Up', an infectious tune with banal lyrics & fine groove transformed by Perry's absurd production methods. Warped beyond belief, it's as if Perry placed the entire track underwater just to see what it sounded like, then sat back, satisfied with his creation. Scratch & Company contains some fine music for those looking deeper into the producer's catalog. 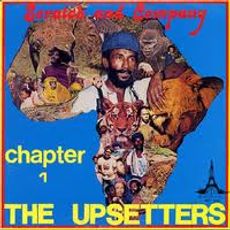