reissue of a rare album from a little known vocalist, a stunning blend of late roots & early dancefloor.

produced by jah thomas & keatting, backed by the roots radics band & mixed by the legendary scientist at king tubby’s studio, it's amazing this sought after reggae gem has never been issued on cd before. comes with the bonus track ‘money man skank’, which wasn’t included on the original album. 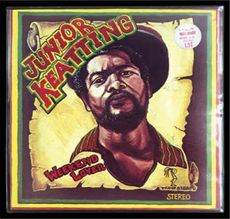