prodigal sons : the best of


Formed in Birmingham in the mid-70's, Steel Pulse were the rootsiest of Britain’s Reggae acts, cutting some of the hardest, most strident music to see issue during the late 70's & early 80's.

Their debut album, ‘Handsworth Revolution’ was one of the biggest selling long-players of 1978, & while confrontational style limited their opportunities to achieve mainstream in the singles market, 3 of their discs, ‘Ku Klux Klan’, ‘Prodigal Son’ & ‘Sound System’ all made the national chart. These three Roots classics feature on this essential collection, comprising the group’s finest works for Island Records from the latter part of the 20th Century. 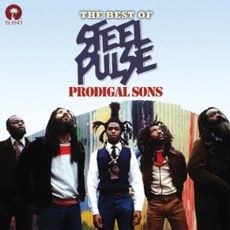