If you had to pick one album that best represents the pinnacle of the art of dub, Few would fault you for ending up with this one. Among other gems, this album offers its title track - a dub version of Jacob Miller's 'Baby I Love You So' - which is widely regarded as the finest example of dub ever recorded. But the rest of the album is hardly less impressive. Pablo's trademark "Far East" sound (characterised by minor keys & prominent melodica lines) is predominant throughout & is treated with care & grace by King Tubby, who has rarely sounded more inspired in his studio manipulations than he does here. Absolutely essential. 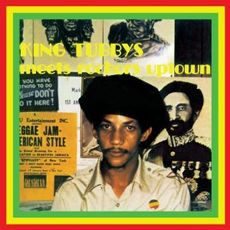