16 new mixes of tracks originally recorded between 1978 & 1986, sourced from original masters & given the dub treatment by bovell himself.

dennis came up with the idea of returning to unfinished material, as down in his musical lock-up lay a stack of boxes containing old 2 inch multi-track analogue master tapes. utilising a range of analogue & digital outboard production gear (found at mad professor's studio), the album is a ferocious beast, exploring a wide range of dub styles, definitely geared towards the soundsystem culture bovell is deeply entwined in. features a couple of vocal guest appearances by one of jamaica’s greatest ever djs i roy. 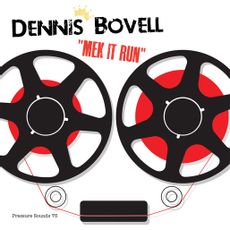