celebrates the life & work of Culture, one of reggae music’s most iconic groups.

As well as collecting together the very best of their work for foundation producers Joe Gibbs & Sonia Pottinger, the album includes all 9 tracks from the legendary ‘Africa Stand Alone’ album never before available on CD but regarded by many as Culture’s greatest work. also includes 4 tracks recorded for a 1982 BBC John Peel session, an exclusive dubplate cut for King Jammy on Sleng Teng plus the cream of their later work. A full 21 song live concert DVD of Culture is also included accompanied by a revelatory 40 minute filmed interview. 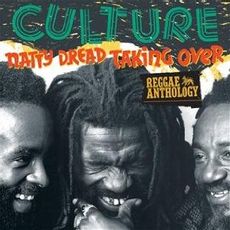