the young mark became an iconic figure for young british black female singers, paving the way for janet kay, carroll thompson & the many other young lovers rock singers who soon followed in her path. featuring the heptones, dave barker, owen gray, the in crowd & more, this seminal album is released in its original design & comes with 3 bonus tracks - 2 rare single-only dj cuts with mark (including the legendary trinity) & a superb rare dub. 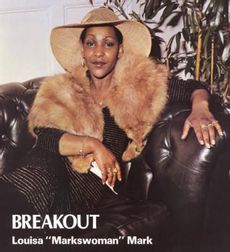