if any album could conjure up the revolutionary spirit of jamaica in the mid '70s, tapper zukie’s invincible 'mpla' set would surely be a fighting contender.

the coming together of great rhythms & meaningful lyrics in a time of unrest in the country seemed to have made the album all the more urgent & relevant. as time would tell it would also prove to be a lasting success, not only with the hard core reggae fans but also their punk counterparts, who embraced its militant themes & crossed the album over to a whole new audience. bunny lee's 8 rhythms & a further two from jo jo hookim & ossie hibbert alongside some free studio time at king tubby’s studio resulted in this album. 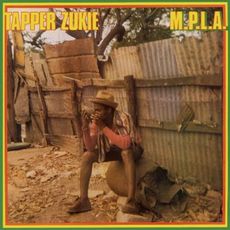