the liquidator strikes back


an unsung hero of jamaican music whose signature organ, piano & arranging skills can be heard on many a 70s classic.

Wright began his musical career in the 1960’s as a session player & soon became an integral part of the Treasure Isle Studio house band, that became known as Tommy McCook’s Supersonics . He played on many of the Rocksteady era hits that Duke Reid ruled the island with between 1966-1968.His mastery of the Hammond organ made him an in demand session player. One such was Harry J studio’s that had a massive hit in the UK in 1969 with ‘Liquidator’ as the Harry J Allstars of which Winston was a member. 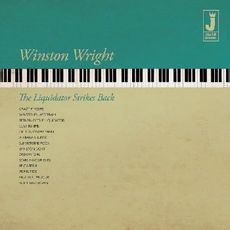