In 1962, youthful music entrepreneur, Chris Blackwell moved his Island Records operation from Kingston, Jamaica to London & over the ensuing months released an array of popular 45s by a host Caribbean talent.

As a result, Island became a dominant force in the ever-expanding West Indian music market. The strength of Island’s early Jamaican music catalogue is reflected here. Collecting some of the best & rarest Ska sides from 1962 to 1966, the 2CD 40 track release highlights just why the company’s output is so revered among fans of the genre, with artists including such luminaries as Bob Marley, Desmond Dekker, the Skatalites & Jimmy Cliff. 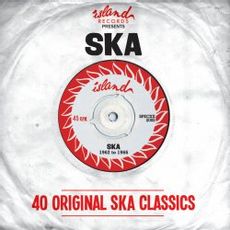