The success of Prince Jammy as a producer saw the superstars of reggae music form a line to record at his Waterhouse stronghold.

1979’s Sugar Minott’s ‘Bitter Sweet’ found the Black Roots star voicing classic after classic including ‘Give The People’, ‘Never Too Young’ & I’m Not For Sale’ to deliver one of 1979’s stand out albums. 1985 saw a return to creative form for Dennis Brown in the recording of two fine albums for Jammy, ‘The Exit’, the first of those acclaimed sets yielded the hit single ‘Material Girl’. Gregory Isaacs’s ‘Come Along’ from ‘88 is another example of Jammy’s skill at getting the best out of his artists. 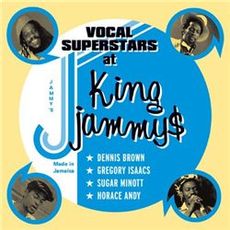