one of the most prolific session players of jamaica's pre-ska era, trombonist rico rodriguez later emerged as a catalyst behind the uk's two-tone movement of the late '70s.

born in 1934, his musical pursuits began while attending kingston's alpha cottage school, an institution for wayward boys, where he studied trombone under the legendary don drummond. in the years to follow, rodriguez emerged as one of jamaica's most highly regarded session musicians, often working under the direction of the renowned producer duke reid. despite maintaining a permanent residence in britain, rodriguez held fast to his strong rastafarian beliefs, & island frequently paid for him to return to kingston to record with the city's most prominent session players; while his forte remained jazz, he adapted brilliantly to any environment, & applied his improvisational skills to productions from notables including sly & robbie before cutting this solo album in '77. 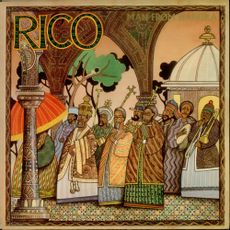