charlie chaplin rose to prominence in the early '80s during the first years of the dancehall era - he embraced the modern dancehall rhythms, but focused on cultural lyrics instead of slack subject matter.

charlie chaplin (born richard bennett) first came to prominence as a member of dj innovator u-roy's stur-gav hi-fi in 1980-1981. along with fellow stur-gav chatter josey wales, chaplin became one of the most popular djs on the island during his stay with u-roy, even rivalling the dancehall king of the day, yellowman. wales & chaplin also gained inspiration from u-roy, continuing the dj tradition roy helped launch in the late '60s by taking on some of the master's phasing style & lyrical predilections. this is a reissue of the follow up to 'presenting charlie chaplin', recorded the same year (1982), once again produced by roy cousins. long out of print. 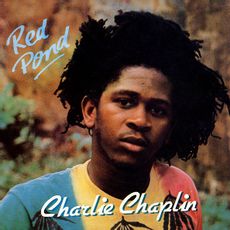