A four track ten inch that has four different cuts of the same rhythm, All produced by Roy Cousins & available for the first time on vinyl since the early 1980s.

Two vocals, one by Prince Far i which was one of the last vocals he recorded. The second vocal is by Junior Reid & is laid back soulful roots. The dub versions of the relevant vocals are both excellent. In particular the dub of the Junior Reid track is an absolute boomshot. Mixed by 'Bunny Tom Tom' its a spaced out mind bending mix that will make your toes curl. The late period Far I tunes saw the Chanter back to his best. 'Zacky the High Priest' is apparently the correct title but the song has also been mislabelled as 'Survival' in the past. 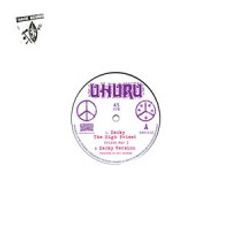