baby don't you do it


An excellent 1976 Delroy Wilson cover of the Marvin Gaye song 'Baby don't you do it', Produced by Phil Pratt & originally released on the Sun Shot label.

A difficult tune to find these days, never been re-pressed & has Delroy Wilson over an incessant Phil Pratt rhythm with Bobby Kalphat keyboards to the front. Nice rhythmic flipside - An instrumental rather than a dub. 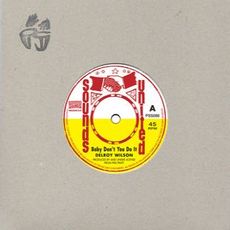