the next chapter in the relationship of Sly dunbar & Robbie shakespeare, producer Alberto 'Burur' Blackwood of Slam Records & Groove Attack.

"Jamaica celebrates its 50th anniversary of independence this year, so it's right there should be a new release from this duo, the heartbeat of the island & arguably the world's finest rhythm section...here they return to the hardcore dub of their 1985 set, 'A Dub Experience'. There are no vocals. Bass & drums dominate, there's extra backing from members of the Compass Point All Stars, including guitarist Mikey Mao Chung & percussionist Sticky Thompson & the set is named after their engineer, Alberto Blackwood. The best tracks are 'Dirty Flirty', with its explosive percussion, 'Riding East', with its insistent, driving bass riff & 'The Bomber', a hypnotic workout that will surely become a dancefloor favourite" 4/5 - guardian. 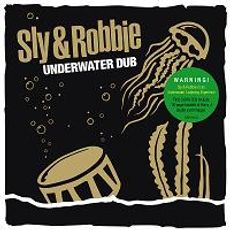