One of the finest Jamaican singers of his generation, Ken Boothe has cut innumerable reggae classics over a period spanning more than half a century.

After making his recording debut in the early Sixties, he enjoyed a hugely successful career in Jamaica before achieving international recognition in 1974 when his ‘Everything I Own’ topped the UK charts. The hit, along with the top 10 follow-up ‘Crying Over You’ and 38 other Jamaican hits, is included on this superb 2CD set, highlighting the best-known recordings of Jamaica’s greatest musical talents. 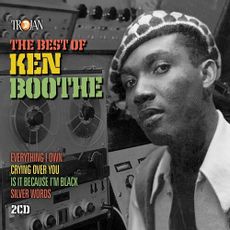