This 40th anniversary 2CD collection brings together the widely acclaimed ‘Man From Wareika’ and ‘Wareika Dub’ albums, originally released in the mid 70s, which firmly established the talents of the gifted Jamaican trombonist.

At the time of the release of ‘man from wareika’, Rico had been a mainstay of the British music scene for well over a decade, having plied his trade in the country since moving from Jamaica in 1962. The popularity of the Island LP led to the company releasing its hugely collectable dub counterpart, ‘Wareika Dub’, along with a variety of 7” and 12” singles, all of which have since become prized collector’s items. Rico later became a key part of the 2Tone sound and an honorary member of the Specials. The set is further musically enhanced with an array of rare and previously unreleased bonus tracks from the Island vaults, so ensuring that this is by some way the finest collection of the trombone maestro’s timeless works released to date. 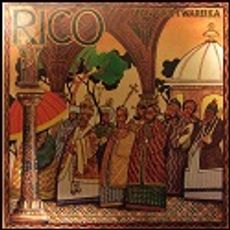