Follow us Follow us
Home  | reggae  | lee scratch perry & the upsetters - clint eastwood / many moods of the upsetters: expanded edition

CLINT EASTWOOD / MANY MOODS OF THE UPSETTERS: EXPANDED EDITION

His frequently quirky approach to music-making resulted in him becoming a firm favourite among British skinheads, with demand for his output satisfied by both of the UK’s two leading reggae companies, Trojan and Pama Records. In 1969, the latter issued “Clint Eastwood”, a 12 track LP comprising a dozen sides from the producer’s recent catalogue, the majority of which had seen issue in the UK over the previous months as 7” singles on the company’s Camel and Punch subsidiary labels. An instant best-seller, Pama needed little incentive to release a second collection of Perry’s work and the following year issued “The Many Moods Of the Upsetters”, a similarly styled collection, featuring a mix of instrumental and vocal material. Both of these best-selling albums feature on this must-have double disc set that also includes all of the producer’s work released in the UK by Pama and Doctor Bird Records between 1969 and early 1970 - their number including a handful of tracks previously unavailable on CD. This is an essential purchase for all fans of the musical genius that is Lee ‘Scratch’ Perry and followers of the immensely popular boss reggae sound! 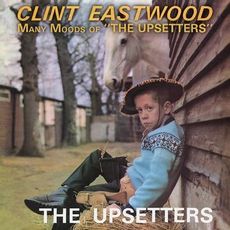