The Sound System has become part of today’s musical/cultural heritage, playing the people’s favourite hits or just as important, breaking some new tunes.

But perhaps less known are the roots of the Sound System, which began way back when…in Kingston…. Around the late 1940’s the Sound System began to overtake the big bands that usually played at the dances in Kingston. The American Rhythm and Blues records that were so popular at the time would find their way to Jamaica via the merchant sailors and migrant workers returning from their stints in America. For economical reasons alone it would pay to have a DJ on hand to play these hits rather than a 10 piece band that could eat and drink the promotor out of the house and on curried goat!! The early Sound Systems were basic affairs built around a single record deck, a valve amp and a speaker. But by the 1950’s they had grown to purpose built speakers the size of wardrobes that could be heard blocks away. Record producer Bunny ‘Striker’ Lee would remember the time ‘Sound Systems was like our radio station…not many people on the island would own a wireless, so it was the way for the people to hear their music. So this selection of Lovers, Ballads, Root’s classic’s made the Sound Sytems of Jamaica the place to be. So sit back and enjoy the ride….SOUND SYSTEM ROCKERS …one and all 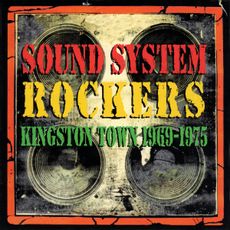