Something To Leave The House For


T’winners have struck gold again with this optimistic ode to living, laughing and loving.

Keeping the faith and facing the future, Times Are Changing puts a full stop on pandemic talk for unstoppable indie-pop four-piece Lottery Winners, as the four-piece release the fizzing anthem into a newly optimistic world. The first single from their newly announced, upcoming, second studio album, Something To Leave The House For, the band has penned the soundtrack to hugging old friends, the rebirth of live music and those summer festivals just around the around the corner. For front man and songwriter, Thom Rylance, working through the darkness of Covid meant surviving Covid, tying the threads of an unravelling mental state into a new body of work now emerging as bright, arms-aloft bursts of positivity. His famed ‘note to self’, the emotive An Open Letter To Creatives and the band’s sensational, viral collaboration with Nickelback with the Rock Star Sea Shanty were just two moments of levity in a time dominated by the dark clouds forming overhead. Now he and the band are moving on and moving up. “If something so bleak and harrowing can hit us all, totally out of the blue, and change our lives, then by definition that must mean that something beautiful can too.” says bassist and vocalist, Katie Lloyd (bass and vocals) as Lottery Winners start the next leg of their adventure with Times Are Changing, reflective, ready to party and no less ambitious than before. Their mammoth, 14-track new album, Something To Leave The House For, follows their 2020, self-titled UK Album Chart Top 30 debut with a Fri 24 September 2021 release via Modern Sky UK, promises to document the tumultuous times and the path back from despair. In true Lottery Winners style, every truth and life lesson is dressed in glass-half-full, wildly optimistic, radio-friendly pop, hip-swinging beats and bittersweet tenderness. 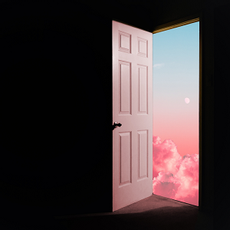