‘shoals’ is a profound and pensive album, boldly exploring some of life’s greatest questions over its 12 mesmerising tracks.

the album deftly explores three main existential dilemmas against a broader backdrop of wonder at the vastness and power of the ocean, concluding its arc with the stunning opus ‘where sky becomes sea’. through diving into themes of the subconscious, dreams and existentialism, ‘shoals’ is broadly a record about living with and processing fear. the album’s title is inspired by the seemingly unpredictable behaviour of shoals of fish, shifting rapidly in much the same way as our fears and anxieties of the world around us. as frontman Leo Wyndham explains: “it explores and questions what really is palpable and real - what really matters and what we become in death - and the fear of that. the fear of existing and the fear of dying” “It's an ode to the power of the ocean and the majesty of nature and how sometimes they are the only things that truly feel real, living and breathing.” 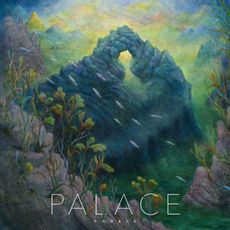