Rapidly marking themselves out as one of the most abrasive, innovative artists to watch in 2022, Brighton-based feminist electropunk trio CLT DRP are delighted to kick off their year with new single ‘TORX’, out now on Small Pond Records.

The single will be available to purchase on a new limited edition 10” vinyl from Small Pond which features new track ‘TORX’, previous single ‘Ownership’ plus a remix from New York’s FLOSSING (Brace Yourself Records), and their cover of Dolly Parton’s track ‘Why’d You Come In Here Lookin’ Like That’. Commenting on the track, CLT DRP vocalist Annie Dorrett says: "TORX is a hard-hitting non-stop racket. It was a stream of consciousness that stemmed from a very tired & frustrating day where I couldn't get my oven fixed in my flat because I didn't have the right screwdriver and I was dealing with a sort of post-break-up rant about somebody that caused me a lot of grief. It’s one of my favourites to play live now." Hot on the heels of support dates with Maybeshewill, Svalbard and Heriot in 2021, CLT DRP recently announced an extensive run of Jan/Feb 2022 UK headline tour dates (see below for listings) with tickets on sale now. Spending the last two years finding their feet as individuals and as a collective band again, new single ‘TORX’ is the latest look at new material from the band since the release of their rave-reviewed debut album Without The Eyes in 2020, and sees a further evolution of their eclectic, experimental approach to fusing electronic and punk music in boundary breaking fashion. Upon release, previous single ‘Ownership’ picked up praise from Kerrang! Magazine, was made John Kennedy’s X-Posure Hot One on Radio X, and also enjoyed support from Spotify’s The Punk List, Fresh Finds: Rock, and Post Punk 2k playlists. Formed in 2017, the band released their debut album Without The Eyes on Small Pond Records in August 2020 to a surge of press and radio support from BBC Radio 1, BBC 6music, Radio X, Riot Act Podcast, and many more, leading to early support slots with JOHN and Saint Agnes. 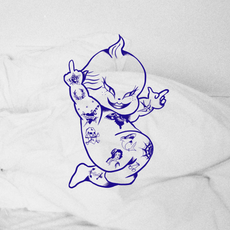