definitely Jonathan Meiburg & co’s biggest & loudest record - it’s easy to imagine these songs roaring from the stage - but it’s also their most detailed & intricate one.

this is one of those records that not only gets better the more you listen to it but one that gets better the further into it you get. This time the band’s secret weapon is film composer & percussionist Brian Reitzell, whose soundtracks include ‘The Virgin Suicides’, ‘Lost In Translation’, ‘Hannibal' & ‘30 Days Of Night’. Reitzell’s arsenal of strange instruments emphasises the album's considerable cinematic depth & scope. Various reference points have been discussed whilst writing the album up including Beck, Steve Mason, Arcade Fire, John Grant, Dave Gahan & Talk Talk - but this is an album that stands out purely as the most commanding, most engaging & most enduring shearwater album to date. "astonishing propulsive power...crisp, motorik grooves, dirty great guitar riffs & arms aloft choruses" 4/5 - mojo. 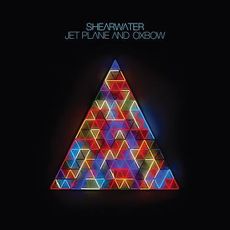