a break-up record that mends as it develops, vallie's tender, yet cathartic, folk songs evoke the drifting, sun-baked expanses of her native california.

After a hard spell, heartbroken and drifting, Suzanne Vallie aimed to make a driving record rich with sympathy, high romance, and dedicated to the magic of good-timing. Other themes on the album include dogs, surfers, and the supernatural. The 11 songs were largely live-tracked over five days. Suzanne Vallie and a core band of California collaborators flew out to upstate New York during the last warm days of September 2019. Vallie and her producer, Rob Shelton, chose Dreamland Recording in Hurley, New York, for many reasons. The analog signal flow sounded embracing. The studio, a century-old church, had room for the whole crew to live-track. fans of molly sarle, brigid mae power, frazey ford and itasca will love this. 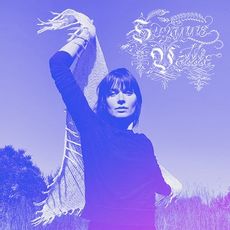