Follow us Follow us
Home  | Album of the week  | big red machine - how long do you think it's gonna last?

How Long Do You Think It's Gonna Last?


We can tell you exactly how long it’s gonna last: Forever (if you’ve had it on repeat like we have had).

This second union of Justin “Bon Iver” Vernon & Aaron “The National” Dessner is another religious experience in aural form. Vernon’s heavenly vocals are at their most beguiling against Aaron’s cosy bed of shimmering Americana arrangements. Add to this the generous sprinkling of guest talent from the likes of Taylor Swift, Anais Mitchell, Sharon Van Etten and Ben Howard and you’ve got one hell of an audio party! If you ever wanted a who’s who of emotive indie rock, this would most certainly be our first port of call and, incredibly, it’s even more impressive than the sum of its mind-blowing parts.

messrs dessner & vernon (of the national & bon iver fame respectively) came together again and, with a little help from some incredibly talented friends (fleet foxes, taylor swift, sharon van etten to name just a few), have crafted an album of magnificent breadth & depth. we’re still wrapping our heads around how this manages to far exceed the sum of its highly enviable parts. You’ll also find features from anaïs mitchell, lisa hannigan, ben howard, this is the kit… the list just goes on & on! If you ever wanted a who’s who of emotive indie rock, this is certainly your last port of call and it’s incredibly even more impressive than the sum of its mind-blowing parts. 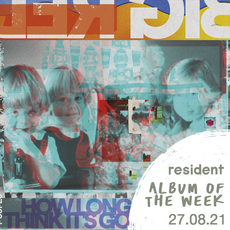