Los Angeles based artist and producer Kingdom presents his second studio album NEUROFIRE, an electrifying follow-up to his breakthrough debut album Tears in the Club and a musical genesis that elevates the mood of pervasive anxiety into a moment of transformation, redemption and ultimately, freedom.

NEUROFIRE represents a new chapter for Kingdom. While the music still finds the production prodigy incorporating contorted rhythmic structures under irresistible emotional vocals and synth stabs, the influences and intentions have changed. Refocusing his energy to use his unique point of view to continue to move with an avant-garde sense of expression all while making faster, more turbulent and experimental club and pop music "The album fuses deep and aggressive club bass with syncopated sci-fi Pop/R&B of Timbaland and DanjaHandz while still showcasing the emotional synths and vocals that resonate with me”, says Kingdom. "I dove headfirst into making faster, more turbulent and experimental club and pop music than I had ever made before.” A taste of which Kingdom gave us in EXTERRA Vol 1, a six-track EP, he released last year. NEUROFIRE features guest vocals from GHOST, Kayla Blackmon, Tiara Thomas, Pheona, UNIQU3, Semma, LUVK and Tre Oh Fie- a notable list of new voices from the producer known for making career-defining music with some of today's most respected voices. The new album is the second studio length release following Kingdom’s debut album Tears in the Club, which extracted personal experiences from within the club as a physical and emotional space and featured vocals from R&B heavy hitters SZA and Syd. TITC received recognition from The New York Times, NPR, Billboard, The Fader, Spin, Pitchfork and more as one of the most exhilarating releases of 2017. Kingdom, born Ezra Rubin, got his start in New York City through a series of mixtapes and club nights. After doing runway mixes for cult fashion distributor Hood by Air, Rubin moved to Los Angeles and co-founded the record label Fade To Mind. The label and creative collective created a platform to combine deconstructed underground club music with diverse soundscapes and genres, operating today as one of the most seminal and influential indie labels in music. 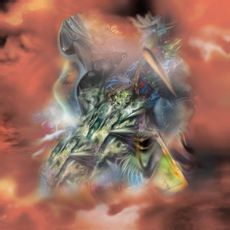