The collection tells the complete story of the album and this time in Jewel's career, documenting both her studio work and riveting live performances that led to her breakthrough. Together, it reveals the full process of an artist honing her work into one of the biggest, most definitive albums of its time.

The limited-edition 4CD box set edition comes housed in a 7" by 10" hardback portfolio book, offering expansive new liner notes by music journalist, Alan Light - with new insights from Jewel herself - plus lyrics, poetry, rare photographs, and never before seen content. The box set will include the newly remastered original album, a disc of rarities, B-sides and outtakes, a disc of demos, as well as live recordings captured at Jewel's formative Inner Change coffeehouse sessions from 1994.

Also available will be Deluxe 2-CD and 4-LP editions, each comprising the remastered original album plus a selection of outtakes, rarities, and B-sides. The new vinyl edition was cut by Bernie Grundman at Bernie Grundman Mastering. 'Pieces of You' stands as a distinct chapter in Jewel's career, which this collection allows fans to examine in full, from beginning to end. The recordings range from some of her very earliest compositions, including "Don't," to an unreleased outtake from the live sessions for Pieces Of You, which she wrote when she was 16, to the lullaby "Sov Gott," which started life during a road trip from San Francisco to Colorado when she was 17 and she asked her traveling companion to teach her some rudimentary Swedish. Some of the demo songs for Pieces of You have never been released before now, while others were re-recorded over the years for subsequent Jewel albums, including "His Pleasure is My Pain" and "Nicotine Love" on 2015's Picking Up the Pieces. "Listening back to these songs," says Jewel, "I hear a lot of courage, though I didn't feel that at the time. I was really raw, but I wanted people to feel what I was feeling as intensely as I was." 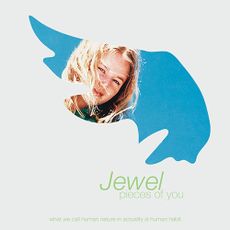